At Bergner Group, we believe our CSR policy is a firm commitment to social, environmental values and values of good governance within the context of our business, forming a permanent feature of our business model. Furthermore, to contribute to the development of society in harmony with the environment, we encourage voluntary participation in social initiatives focussed on our activity. 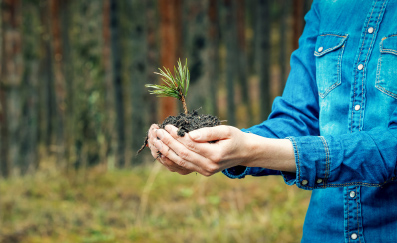 At Bergner, we are committed to protecting the environment and we bear all of our activities in mind. 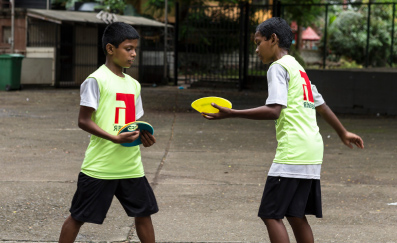 We are committed to the challenge of promoting basic conditions for social sustainability. 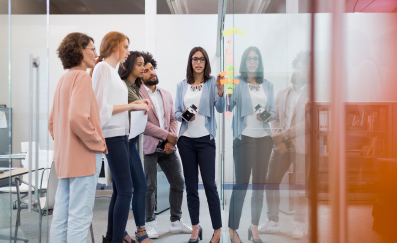 An internal code, developed as an organisational tool and a guarantee of your project.

On behalf of EUROPA DONNA – The European Breast Cancer Coalition, I would like to extend our heartfelt thanks to Bergner Europe for its ongoing support of our work.  For more than 25 years, Europa Donna has successfully advocated for European policies, legislation and guidelines to guarantee best practice in breast cancer services for women throughout Europe.

ED works to ensure that advocates in its 47 member countries are provided with up-to-date, accurate, evidence-based information and training through our education and information programmes, and we directly educate the public on breast health issues through our social media activities.  We also advocate for high level research to improve breast cancer treatment and outcomes for patients.   It is through our partnerships with groups such as Bergner Europe that we are able to continue our work to improve breast cancer services for the women of Europe.  For more information, see www.europadonna.org and www.facebook.com/EuropaDonna.

Meera was born in Nepal, in a very small and poor village. When she was pre-adolescent, her parents died and she was left alone to take care of her younger siblings. They had no food and couldn’t meet their basic everyday needs. Meera and her siblings were completely dependent on neighbours and villagers. Every day was tough, they suffered from starvation and begged for old clothing and food.

When Meera was 14, several strange men came to the village and saw Meera begging for food and water on the road. These men gave her food and water, on condition that she ate and drank in front of them.  Because she was so hungry and innocent, she accepted. After that, she was left unconscious. When she opened here eyes and regained consciousness, two or three days later, she found herself in an unknown place, hearing an unknown language. The men that had given her food and water were no longer there. She wept desperately, asking for her siblings and trying to find out where she was. A lady came to her to tell her she couldn’t return to Nepal, and she belonged to them. They had just bought her.

For Meera, this is when hell began. They tortured her and poured boiling water on her genitals. They forced her to do things she had never done before, forcing her to have sex with strangers.

At the beginning she refused, but then they took her food away and she was physically tortured. After a few weeks, Meera gave in, knowing that she had to accept what they were asking if she didn’t want to die. Each day she was forced to perform sex acts on many men, she was just 14 years old. She felt pain in her whole body and soul.

To soothe the pain, they gave her different types of drugs so she could continue working.  Over time, she became infected with HIV. As many clients had addiction problems, they used to hit her.

Now, Meera has paid off her “debt”. She is free, but without any type of education her only choice is to live on the street or continue working doing the only thing she has done her whole life.

That’s how the “Second Chance” project by Cooperación Internacional was born. It is an educational alternative for Meera and other women in similar situations, which enables them to face the future with their own talent and skills.

As Meera says: “Thanks to God, now I am taking lessons in sewing and emotional strength. I have learnt to sew clothing so I will be able to give up the sex work and make money by offering my skills to people or in a company. I used to dream of a better life and now this opportunity has opened up to me. I just want to live my life in peace and happiness. I offer my gratitude to Cooperación Internacional  and Bergner for making my dreams come true. Thank you.”

The incorporation of Bergner as a partner of Forética involves joining a network made up of more than 200 partners in which we work on a triple objective: increasing the business ambition with regard to sustainability, speeding up the action to tackle the ESG (environmental, social and good governance) challenges, and enhancing the alliances that enable us handle a sustainable, green and inclusive recovery.

Conservation International works in 20 countries to sustainably and equitably manage oceans and coasts for the benefit of people and nature. Our strategy is threefold: to safeguard the ocean areas on which humans depend, to reinforce and protect depleted wild-catch fisheries, and to reinvigorate degraded coastal ecosystems and restore their ability to mitigate climate change.

Support from Bergner home is helping us protect our ocean, your contributions are helping support the protection of more than 1800 sq km to date, an area equal to half the size of Mallorca.

Thanks to the alliance between Bergner and Sonrisas de Bombay, thousands of boys and girls from the most vulnerable environments of Mumbai (India) can  enjoy an education in different  kindergartens spread throughout the city. Education, in this case, is fundamental in preventing them from falling into networks of exploitation, becoming victims of a scourge as terrible as human trafficking.

Throughout the twenty years of life of the CIMA Foundation, we have had the support of many people and Mexican companies who have wanted to support our cause; the fight against breast cancer. Today, in Mexico, we talk about this issue much more naturally than we did before and those of us who have gone through this process, share it with our heads held high without feeling devalued or belittled for having had cancer. However, there is still much to be done.

Unfortunately, breast cancer claims the lives of around 6,000 Mexican women every year. At CIMA, through information about early detection methods and the risks of suffering from it, we intend to raise the awareness of our society regarding our health so that more and more of us act and do not stop when we notice changes or simply when it is time to go to the doctor for our regular checkups. Many of these deaths could have been avoided if the diagnoses had been made in early stages of tumor development, however, with much sadness, we see that in our country, most of these diagnoses are made in advanced stages. A late diagnosis compromises people's lives. Therefore, when Bergner Europe approached CIMA and told us of their intention to participate in Pink October with products from a collection they called VIDA, we immediately thought of joining the campaign, which in addition to educating, would spread positivism and promote feelings of hope. All this in addition to the donation that the foundation would receive to continue with the programs that we implement year after year to benefit people with cancer.

We are very happy to have Bergner as an ally of a cause that needs us all. We appreciate the sense of social responsibility of the brand and we hope to count on you in the coming years to achieve together, urgent changes in the incidence of mortality of a disease that by itself and in its vast majority, should not represent the end of life.

To overcome the ecological emergency, in addition to reducing the environmental impact of production and consumption, it is essential to restore ecosystems in order to strengthen their resilience to the changes that human activity causes on Earth. For this reason, the United Nations has declared the decade 2021 - 2030 as the Decade of Ecosystem Restoration.

Reforesta is working in this Reforesta has planted more than 53,000 trees and bushes of fifty native species since 2010 in several Spanish provinces. This work would be impossible without contributions such as Bergner's, which allow us not only to plant, but also to carry out maintenance to increase the survival of the seedlings in the face of threats such as drought and predation by animals. 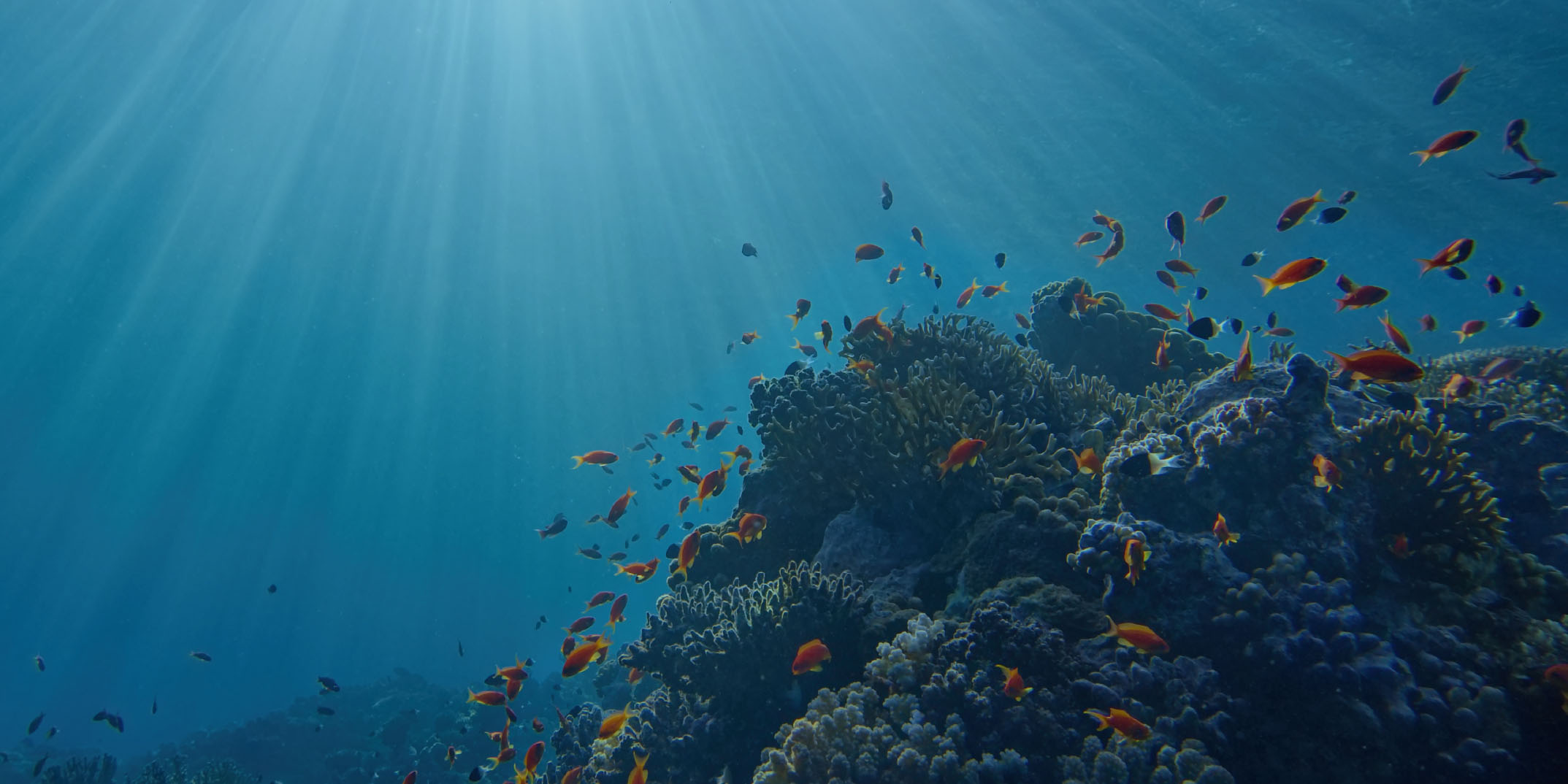 At Bergner, we contribute to all of the SDGs thanks to the dimension and social commitment of our activities, actions and strategic alliances.

We incorporate all 17 of the United Nations’ SDGs into our Strategic Plan, and we make a cross-cutting contribution to all of them.

We focus our actions on 4 priority SDGs which fit perfectly with our values: UBIQUITY, HUMANITY, AGILITY.

As the 4 priority SDGs relate to the other SDGs and, thanks to our transversal way of working, we contribute to all of them. 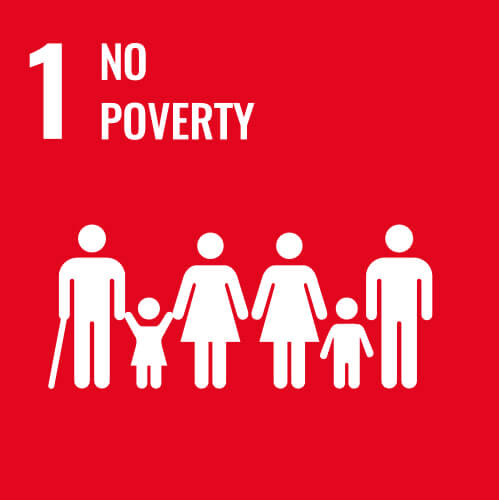 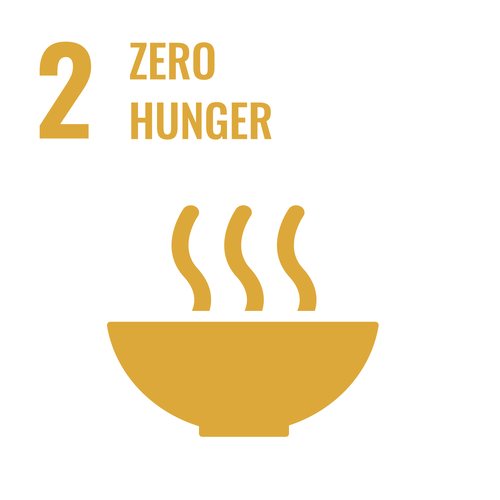 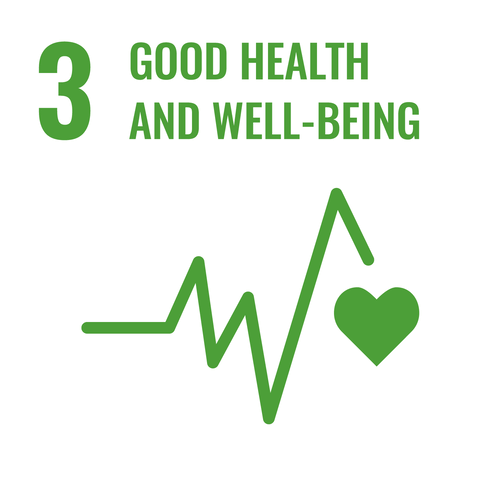 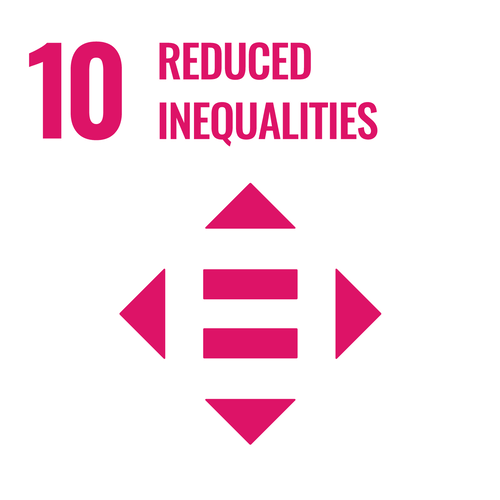 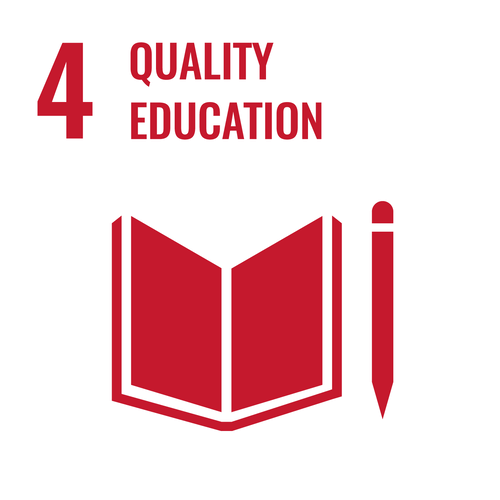 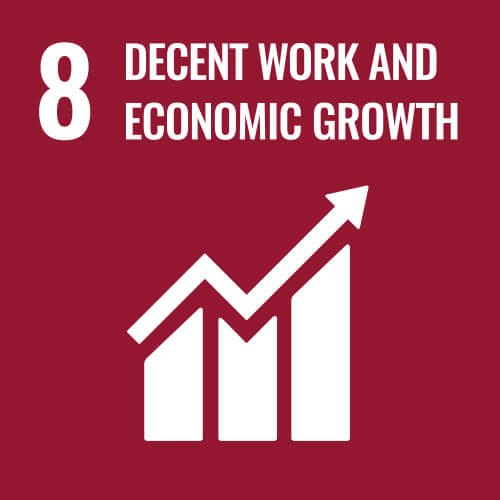 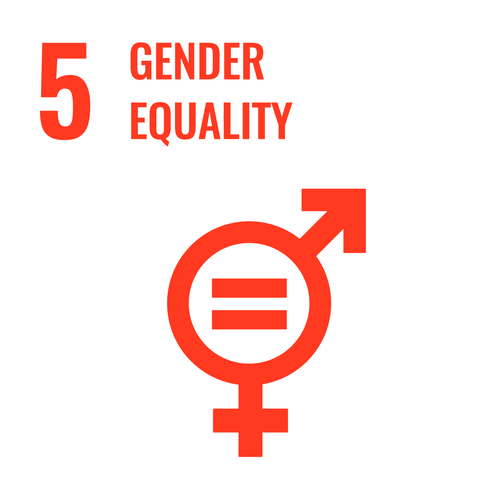 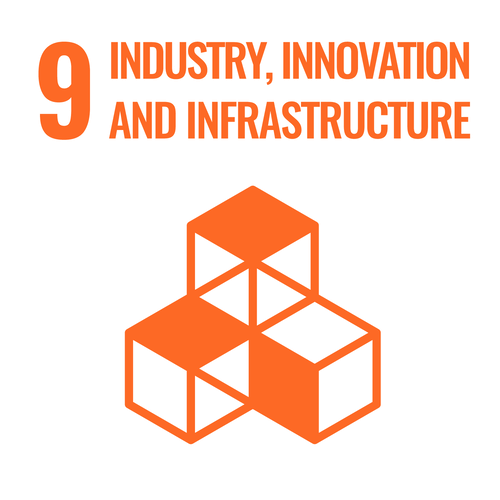 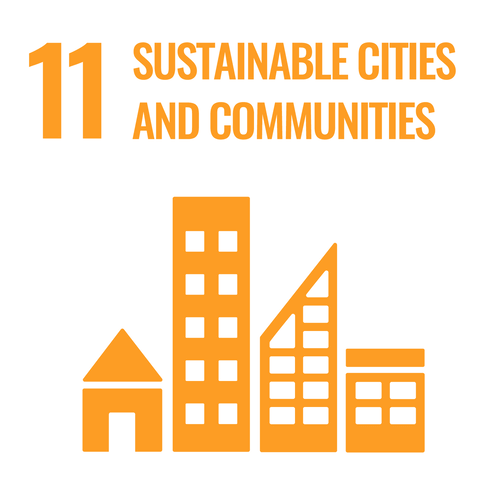 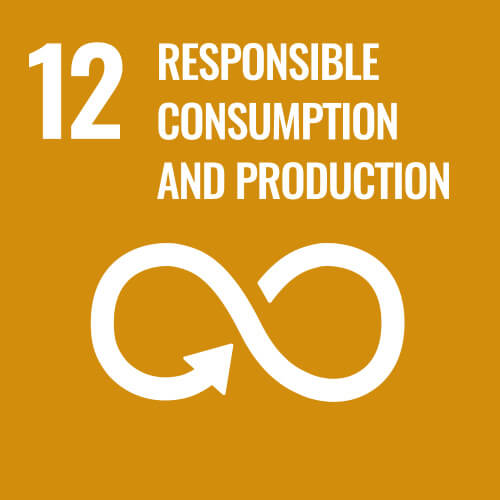 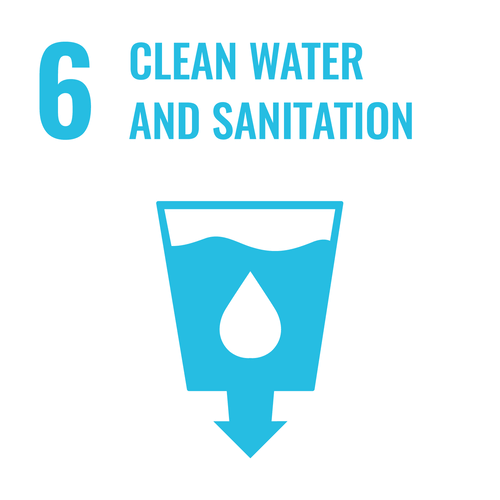 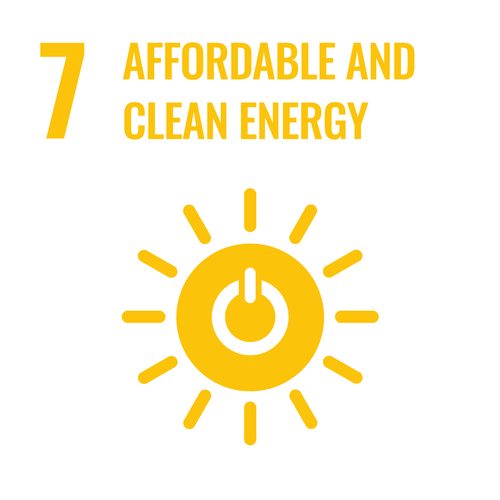 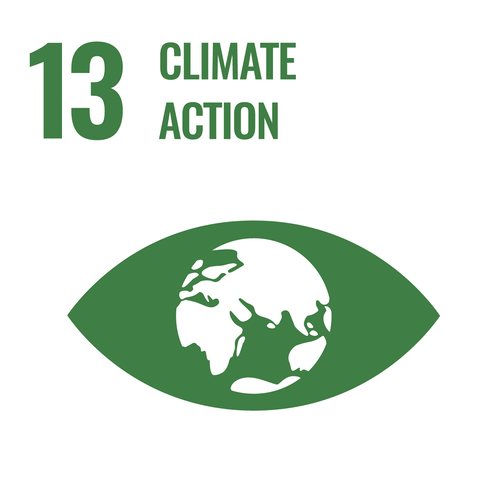 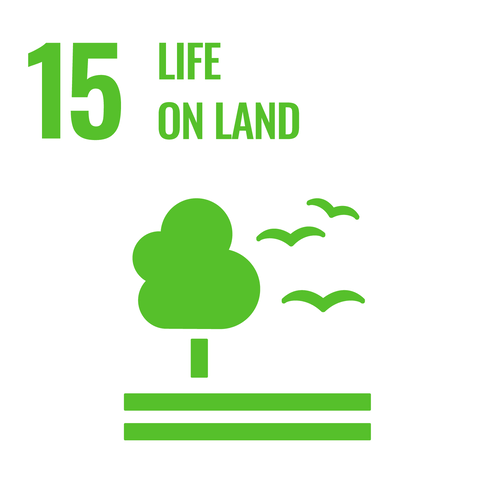 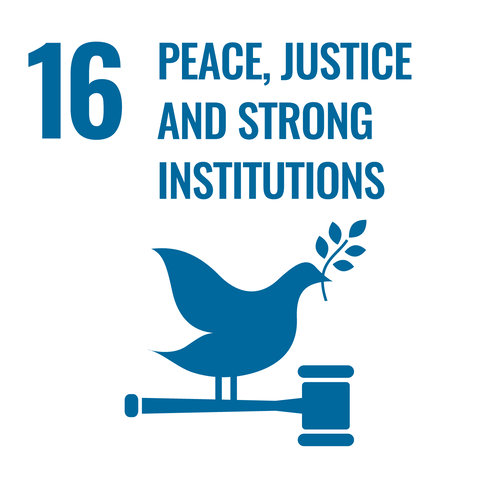 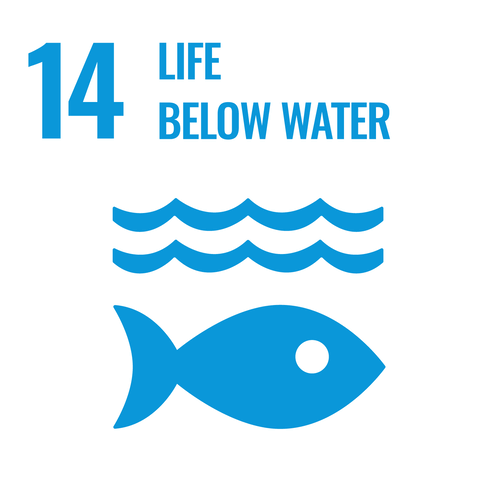 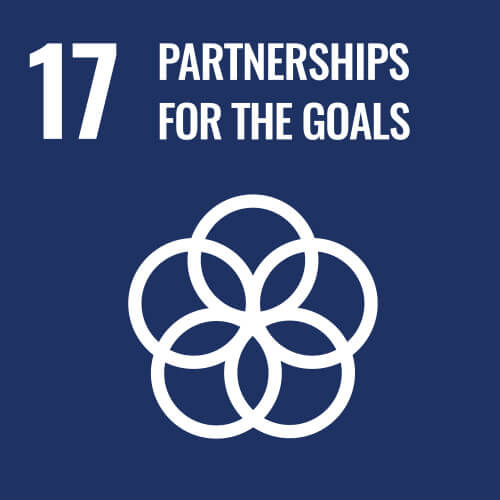 > Alliances related directly to the SDGs 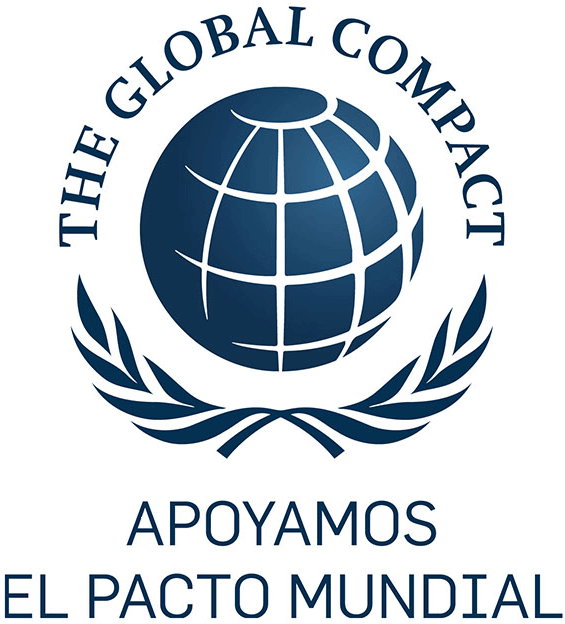 Since 2022, Bergner has committed to the corporate responsibility initiative of the United Nations Global Compact and its principles in the areas of human rights, labour, environment and anti-corruption.